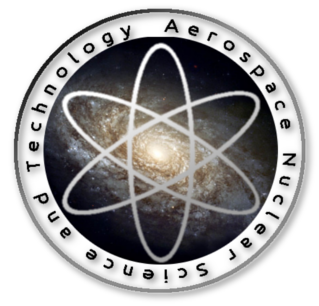 Pictures from the ANS Winter Conference

The ANSTD executive board held a meeting at the ANS Winter Conference. The pictures from the meeting are... END_OF_DOCUMENT_TOKEN_TO_BE_REPLACED

Student Letters of Appreciation from the 2013 ANS Winter Meeting

Five ANSTD students, Peter Ryan van den Berg, Alexis Kaplan, Sarah Sarnoski, Louis Ocampo Girado, and Brycen Wendt, attended the ANS Winter Meeting in DC. The ANSTD helped them with their travels to the conference enabling them to present their research without needing to worry about financial issues. The thank you letters are below. Peter van den Berg Brycen Wendt Sarah Sarnoski and Louis... END_OF_DOCUMENT_TOKEN_TO_BE_REPLACED

We are looking for writers for the ANSTD website. We have openings for blog writers, forum moderators, and wiki writers. If you have a background in nuclear and or space technology please send us a message using the Contact Us Page. END_OF_DOCUMENT_TOKEN_TO_BE_REPLACED

The annual topical meeting of the ANSTD is occuring on February 24 – 26, 2014. Technical Abstracts are due by January 15th. To submit an abstract go to the NETS 2014 website . END_OF_DOCUMENT_TOKEN_TO_BE_REPLACED

The 2014 American Nuclear Society Summer meeting is in Reno Nevada June 15 – 19 2014. The ANSTD will hold a meeting in conjunction. Technical abstracts are due by January 10, 2014. ANS Winter Meeting... END_OF_DOCUMENT_TOKEN_TO_BE_REPLACED

The next ANSTD Topical Meeting is February 24 – 26, 2014 at the Infinity Science Center, a NASA visitor Center in Mississippi. The paper call is open until January 15th. More information is available at the conference website. 2014 NETS Conference... END_OF_DOCUMENT_TOKEN_TO_BE_REPLACED

A new ANSTD website is under construction and will be completed by the middle of January. END_OF_DOCUMENT_TOKEN_TO_BE_REPLACED
Next Entries »